Photographer whose career lasted nearly half a century dies aged 88 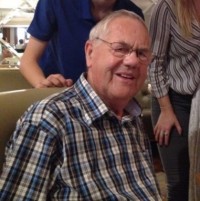 A regional press photographer who worked on both sides of the Irish Sea has died aged 88.

Tributes have been paid to Doug Carnegie, who worked at DC Thomson titles in Scotland and the Belfast Telegraph in Northern Ireland during his 48-year career.

Doug, pictured, covered the height of the troubles in Northern Ireland and later got to know legendary football manager Sir Alex Ferguson when he was in charge of Aberdeen FC.

A fall at his home led to him being moved into a care home in November last year and he passed away peacefully there last month.  His funeral ceremony took place at the Baldarroch Crematorium, in Aberdeenshire, on 7 May.

Doug’s father worked with the printers at DC Thomson and Doug followed him into the business, albeit as a photographer, in 1948 at the age of 17.

After moving to the Daily Mail in 1961, he later crossed the sea to join the Bel Tel before returning to Scotland with Aberdeen Journals in 1971, remaining there until his retirement in 1996.

His wife Rita, 84, told the Aberdeen Evening Express: “We would have been married 63 years on June 1. We met at the dancing in Dundee and we did a lot of dancing.

“A lot of the cards sent in said he was really helpful to a lot of the young photographers at Aberdeen Journals. He enjoyed his job, the variety and he knew so many people.”

His daughter Audrey, 57, told the Evening Express her late father had learned he was going to be a great-grandfather in March with his granddaughter Laura Ritchie, 30, telling him her good news.

She said: “My daughter Laura told him he was going to be a great-grandad to twins. He was a family man and a big kid at heart. He was great with us as children and would always have us away on caravan holidays.

“My dad enjoyed playing golf with his grandson and he taught my daughter to tie her shoe laces. He was a very good father and grandfather and always did things his way. He was a one off.”

Doug is survived by Rita, children Derek, Audrey and Gillian and grandchildren Laura and Adam.