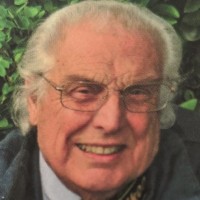 A photographer described as “every newspaper editor’s dream” has died aged 84.

Tributes have been paid to Gwyn Roberts, who worked for the Bangor Mail and North Wales Weekly News in a career which last more than 40 years.

His subjects over the years included Prince Charles, Margaret Thatcher and a young Aled Jones.

Gwyn, pictured, died earlier this month having lived with dementia in recent years.

Hadyn Iball, head of images at North Wales Live, said: “My first meeting with Gwyn was back in the 1990s when the initial phase of digital photography was being introduced to the weekly titles including the North Wales Weekly News and Caernarfon Herald.

“I spent several weeks with Gwyn, seeing how he worked at that time, when still using film cameras and discussing what changes would be needed to meet deadlines and assist colleagues. He could not have been more helpful and welcoming.

“Over the next few years, digital cameras arrived, computers and imaging software. None of this worried Gwyn, he loved taking pictures and embraced all the changes with enthusiasm.

“He was very well regarded by the community he photographed and knew the area he worked inside out. His pictures will be his legacy. For those of us fortunate to have known and worked with him, we will keep those memories of a true gentleman and a great photographer.”

Mel Jones, who was the editor of the Bangor Mail when Gwyn worked as the paper’s photographer, told North Wales Live: “To quote from a foreword in [Gwyn’s photography book] Llunniau Gwyn Roberts, he was the everyman of a newspaper editor’s dream.

“Many people, especially those living in the Conwy Valley, will have known Gwyn with his always present smile and persuasive personality.”

Samantha Castle, who worked regularly with Gwyn when she was Conwy Valley reporter for the Weekly News, said: “He was loved by everyone and really helped me make contacts in the Welsh-speaking areas of my reporting patch.

“I have so many great memories of working alongside him reporting in the Conwy Valley, whether it was photographing a giant veg at a country fair or helping me on with an exposé.”

Gwyn is survived by wife Brenda, to whom he was married for 33 years.