Photographer who covered sport for weeklies into old age dies 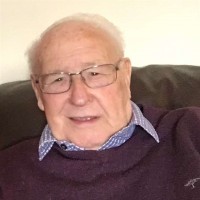 A photographer who covered sports fixtures for two sister weeklies into old age has died aged 88.

Tributes have been paid to Geoff Atton, pictured, who contributed to the Rutland & Stamford Mercury and Rutland Times until recently.

Geoff had taken up photography as a hobby when he retired, and supplied pictures for the Mercury for the past 15 years.

A regular at Stamford AFC’s home games, Geoff also had a long allegiance with Cottesmore Football Club where he served on their committee.

Mercury sports editor James Bedford said: “On a personal note, I would like to thank Geoff for his friendship and invaluable contribution to the sports pages of our papers over many years.

“I know that I speak for all of us at the Mercury in that he will be sorely missed. We have truly lost a great friend and a real character.”

Cottesmore manager Rich Giblin added: “It’s very sad news. Geoff has been around the club for as long as I can remember. I always looked forward to seeing his photos in the Rutland & Stamford Mercury and Rutland Times each week.”

Due to the coronavirus outbreak, Stamford’s players individually took to social media to video a 30-second silence in his memory.

Manager Graham Drury told the Mercury: “With no football planned, we didn’t want Geoff’s passing to be forgotten so all my staff and players did a 30-second silence in his honour.

“It’s so sad that we won’t be seeing this lovely man at our games again, but knowing that he will be now with his wife again after she passed away last year fills my heart.”

The club, nicknamed the Daniels, added in a statement: “Stamford are saddened to advise that our dear friend Geoff Atton has passed away.

“Geoff has been a regular photographer at the Daniels for many years and was popular with supporters, officials and players.

“Our thoughts are with Geoff’s family and friends at this sad time.”

Geoff was also a keen cricket fan during the summer months and could be regularly seen at Oakham, Uppingham and Market Overton clubs.

He died last month after a short illness.