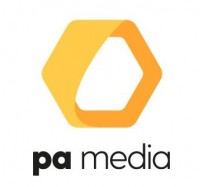 The Press Association is to cut pay for employees earning more than £20,000 a year in a bid to tackle the economic impact of coronavirus.

PA has announced the new measures, which affect the 75pc of its workforce which has not already been placed on furlough leave.

The national news agency’s senior executive management team will have a 30pc reduction in salary for six months, while senior managers earning in excess of £100k will have their salary reduced by 20% for six months – although this will be reviewed after three months.

In an announcement to staff, PA Media Group chief executive Clive Marshall said: “The scale of the financial impact of COVID-19 on our customers has become increasingly clear, especially in the media.

“With their advertising revenues collapsing by between 50pc and 90pc, publishers are closing titles, putting staff on furlough or unpaid leave and cutting salaries.

“While the impact has been felt most keenly in the media sector, there are no parts of the PA Media Group where our customers remain untouched by the crisis.

“This in turn is having a very significant impact on our revenues and we can only expect the situation to continue to worsen until such time as the economy is restored to some normality.”

PA previously put 44 journalists on the government’s coronavirus job retention scheme – mainly those coversing sport – in addition to a number of other non-editorial employees.

It has also taken steps including freezing recruitment and scaling back on the use of freelancers and contractors, rescinding recent job offers, halting pay reviews and cutting all but business-critical capital expenditure, travel and marketing.

Clive added: “I appreciate this is difficult news, but these are unprecedented circumstances and PA Media Group is not alone in having to take such steps in response to this crisis.

“The alternative to these measures would certainly involve widespread layoffs, but with your support I believe we give ourselves the best opportunity of avoiding this.”