A county’s best journalists have been honoured at an annual awards held in a virtual ceremony.

The sixth annual Kent Press & Broadcast Awards ceremony took a different shape this year as the winners of more than 30 awards were announced via video.

The annual July event was postponed and then rearranged to ensure the winners could be safely recognised on Friday.

The awards are organised by Kent-based PR and marketing agency Maxim, with account director Rachel Knight and director Andrew Metcalf taking on the challenge of hosting the ceremony. 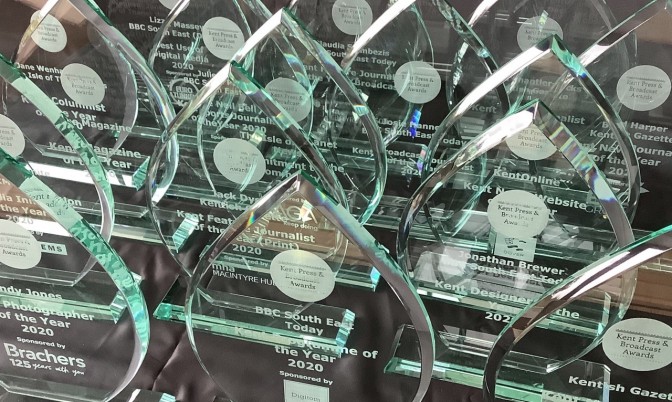 Rachel said: “Our previous awards ceremonies have been hosted by well-known faces from the media industry but the pandemic meant that wasn’t possible this year.

“So instead of attempting to live up to Cathy Newman’s professionalism or Simon McCoy’s light-hearted delivery, we decided to be ourselves: we opened a bottle of wine, opened some envelopes announcing the winners and had a socially distant laugh.

“I’m not sure anyone will be inviting us to be the next stars of the small screen, but the feedback has been great.

“There was so much excitement when the shortlist was announced, and to be able to make a fuss of the finalists and in particular the winners at a time when we could all do with a little cheer was really important to us.”

Commitment to the Community, sponsored by Saga
The Isle of Thanet News

Kent Columnist of the Year
Jane Wenham-Jones, The Isle of Thanet News

Kent News Website of the Year, sponsored by Port of Dover
KentOnline

Kent Newspaper of the Year, sponsored by Southeastern
Kentish Gazette