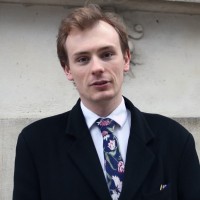 A judge told a reporter he “should have been a lawyer” after successfully fighting to name a teenage murderer.

Cameron Charters received the compliment from Judge John Hillen at the Old Bailey after overturning a court order banning the identification of 16-year-old killer Marvin Dyer.

Dyer was sentenced to life with a minimum of 16 years after stabbing 15-year-old Baptista Adjei with a 10-inch Rambo knife on a crowded bus in Stratford, London.

Cameron, who works for press agency Central News, argued there was a clear public interest in lifting an anonymity order made under Section 45 of the Youth and Criminal Evidence Act 1999.

He told the court: “The Court of Appeal has held (in R v Aziz [2019] EWCA Crim 1568) that it is in the interests of justice to identify juveniles guilty of crimes of this magnitude.

“As in R v Aziz, this case is exceptionally serious in its brutality and the method of execution.

“We submit it is necessary to revoke this order to provide a deterrent effect on those others who may be at risk of committing similar knife crimes which are unfortunately all too prevalent in this city.

“We also submit that the community has a right to know the outcome of cases concerning extreme violence and there is a high public interest in identifying of those who are found guilty of it.”

Overturning the order, Judge Hillen found there was “no evidence or no sufficient evidence from which I could determine that lifting anonymity would cause harm to Marvin Dyer, or affect his rehabilitation”.

Cameron is the son of the late former Liverpool Echo and Liverpool Daily Post journalist David Charters, whose obituary was carried in HTFP last month.

He said: “It’s always daunting to stand up in court and argue against these orders with QCs but I believe it is vitally important to do so.

“Afterwards they congratulated me and the judge said I should have been a lawyer, which was very kind.

“Knife crime like this is so commonplace we have a duty to expose the perpetrators to the full force of publicity as a deterrent.

“The judge said naming Dyer’s rehabilitation was best served not by remaining anonymous but by reflecting upon the damage he has done not only to the family of the deceased but himself.”

Cameron went on to stress the importance of police forces releasing a picture of the defendant if S45 orders are lifted.

He added: “In this case we were supported by the Met Police who supplied a mugshot.

“Clearly, if the police do not release a picture the story is unlikely to be used and the deterrent effect the judge intends is obliterated.”