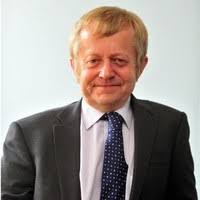 A veteran political reporter has shared his hope for a revival of the regional Westminster lobby after the daily Downing Street coronavirus briefing was opened up to local press journalists.

Lancashire Telegraph politics correspondent Bill Jacobs is among a number of journalists working for regional titles to have asked a question at the 5pm press conference – and has now offered his advice to others aiming to do likewise.

Last week Bill, pictured, quizzed stand-in Prime Minister Dominic Raab on why the number of COVID-19 cases and deaths in the North-West of England was among the worst in the country.

Speaking via video link, he also took England’s chief medical officer Professor Chris Whitty to task on what steps the government was taking to tackle mental health problems as a result of the pandemic.

Bill, who is himself a former member of the regional lobby in Westminster, told HTFP: “Pippa rang me and offered that afternoon’s briefing but I opted to take the one the following day to have the chance to research my question.

“It needed to be sufficiently regional for use in Newsquest North-West’s other papers, intelligent, sufficiently pointed to get a proper response rather than just waffle but also open enough to get more than the obvious. I consulted colleagues on the paper and trusted contacts in the field before framing it.

“The aim was to get a story and a coherent reply not for me to look clever. Therefore I sent Number 10 the general drift of the question so they could not just bat it aside with a ‘we need to look into this and come back later’ reply to kick it into the long grass.

“As an old lobby hand the appearance at a Downing Street briefing was not a problem but the technology of Zoom was. Luckily Pippa and a very helpful young woman called Charlotte at Number 10 sorted it and all went very smoothly.

“I thoroughly enjoyed it and would happily go on again although not return to Westminster permanently.”

Bill added: “It got a very good reaction locally from readers and movers and shakers.

“Making an appearance in the Quentin Letts sketch in The Times was an unexpected bonus – especially as he was so complimentary about me.

“I think opening the briefing to the regional press was a brilliant idea (for which I suspect Pippa must take much credit) as I personally think the demise of the regional newspaper lobby at Westminster was a tragedy.

“Hopefully it may make newspaper owners, editors, and the parliamentary authorities consider restarting it in the future.”