Journalist hits out at Johnson over regional press briefing exclusion 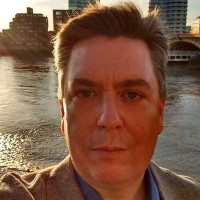 A regional political editor has hit out at Downing Street after an invite-only briefing prompted a boycott from Westminster lobby reporters.

Journalists from every major national broadcaster and newspaper walked out of Number 10 today in protest at journalists from only select organisations being invited to attend the briefing with David Frost, Boris Johnson’s Europe advisor.

Around a dozen journalists from organisations including the Financial Times, The Sun and the Daily Telegraph had received an official invitation from Downing Street to attend – but regional newspapers and some national titles were excluded.

Political editors from the uninvited publications – who have previously been invited to non-political briefings given by senior civil servants on government premises – were told to leave by Number 10 officials.

Jonathan Walker, political editor of the Birmingham Mail and Newcastle dailies The Chronicle and The Journal, was among those to share his thoughts about the situation.

Posting on Twitter, Jonathan, pictured, wrote: “There’s a huge issue here with No 10 trying to bar what they see as unfriendly national newspapers. But in addition, they also failed to invite regional papers with staff at Westminster.

“Trade talks with the EU and the shape of any future deal are hugely important for the regions I cover – the North East, where there’s a massive Nissan plant, the West Midlands, home of Jaguar and other manufacturers.

“Under previous governments, invites have for official briefings like this have gone out to the entire lobby. That includes the regional press. But not now.

“Of course there will always be selective briefing. Special advisers (spin doctors) might phone friendly journalists on national papers and nobody says that’s wrong. This was an official briefing in the sense that it involved government officials – neutral civil servants.

Last month five regional editors were among those to demand Boris Johnson reviews changes to the lobby system which have led to concerns over government access for Westminster journalists.

The move has seen regional and national journalists attend lobby meetings at Number 9 Downing Street instead of the Houses of Parliament.

Of the latest move, Society of Editors executive director Ian Murray said: “While it is not unacceptable that the Prime Minister creates his own video releases to be aired, if wished by broadcasters, this latest development does have worrying overtones of an administration possibly seeking to bypass the mainstream media to achieve an easier ride.

“In a free and liberal democracy it is always best that the government engages with the media rather than attempt to bypass it. In the end, only the public is the loser when open access to those in power is closed off or restricted.”