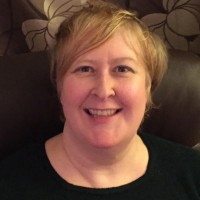 A “dedicated and talented” former regional press journalist has died aged 48 after testing positive for coronavirus.

Tributes have been paid to Catherine Waring, who worked for regional daily the Shropshire Star and, more recently, NWN Media in North Wales.

Catherine died on 3 May at Royal Shrewsbury Hospital after a positive test for COVID-19.

She had also battled the auto-immune disease lupus, a condition which causes inflammation of joints, skin and organs.

Her husband Richard told the Star: “The doctors said if she hadn’t had lupus she could well have survived.

“It came as a big shock because she was improving, and at one stage she was close to being sent home. But then her oxygen levels kept dropping.

“I spoke to her on the phone and she didn’t complain, even though she must have been struggling.

“The girls from the ICU were brilliant with her. They put themselves in a hazardous situation every day. They did the level best they could for Catherine.”

The Worcester-born writer began her career as a trainee reporter on the Shrewsbury Chronicle in the early 1990s, later becoming a sub-editor for the Star and its weekly sister papers.

She also spent time with the Hereford Journal and freelanced for NWN more recently.

Richard added: “She always wanted to be a journalist. She wasn’t really interested in going to a national newspaper or getting into television or radio.

Former colleagues have also paid tribute. Caroline Jones, Midland News Association group editor for weeklies and features, said: “Catherine was a well-liked and respected journalist who always had a smile on her face.

“She was warm and kind, and her fantastic sense of humour is fondly remembered by her former colleagues. Her family and friends are in our thoughts at this very sad time.”

Star editor Martin Wright added: “Catherine was a dedicated and talented journalist who made a big contribution during her time with the Shropshire Star and its associated weekly newspapers.

“She was a great character in the office and will be sorely missed by all of her former colleagues.  Our thoughts are with her family at this very sad and difficult time.”

Catherine was also known as an animal lover, and once adopted two rescue cats after covering a story about their plight.

Her funeral details have not been announced.