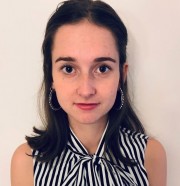 Four regional press journalists have been recognised among the UK’s best young journalism talents in an annual awards scheme.

The MHP 30 to Watch list, which each year features 30 journalists under the age of 30 who are judged to be making a difference to the country’s media industry, has been announced for 2020.

Anna, pictured, appears on the list under the ‘News’ category with four national journalists, while Westminster correspondent Geri is among three to feature for their contribution to political journalism.

Dan, who is now head of social for Reach plc’s regional, Scottish, Irish and Northern Irish titles, warned his place by winning the Best Social Media or Content Activation category.

Organiser MHP, a communications agency, said in announcing this year’s winners: “Outside London, quality journalism is making a quiet comeback, helped by local brands’ successful use of social media.

“This year’s 30 to Watch Awards are striking for the high number of entries from regional titles.

“Reach Group and Archant are among those that have chosen to invest in investigative journalism, breaking stories that fly on local Facebook groups, generating huge engagement with people who are otherwise starved of stories about their lives.

“A revival of local journalism is perhaps our best chance of closing the growing information gap between elites and the rest.”

It added: “Our 30 to Watch winners are explorers as well as storytellers. It’s always been true that the reporters who never left the newsroom never got the good stories. Never more so than now.

“There is a big world out there, waiting for its story to be told.”