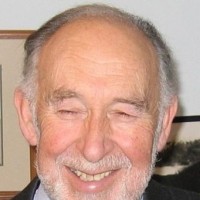 A journalist known for being a regional daily’s racing correspondent and tipster has died aged 88.

Victor Green, pictured, served as the Yorkshire Post’s tipster ‘The Duke’ for many years, also working as the Leeds-based dailies agricultural correspondent and equestrian specialist during his career.

As The Duke he notably won the Sporting Chronicle and Sporting Life nap competitions for national and regional racing journalists, in the early 1970s.

According to an obituary in the Post, a celebratory meal held in his honour was attended by many of the racing dignitaries of that era.

Born in Wetherby and bought up in Boston Spa, he went to Harrogate Grammar School before Army service in post-war Germany.

Victor’s working career began as a cub reporter at the Northern Echo in 1951, after which he moved to the racing service Timeform in Halifax.

He then went on to the Post as a sub-editor, before taking the reins as its racing expert.

Victor continued in print as The Duke until his retirement in 1983.

He wrote several books on equestrianism, including three on showjumper Harvey Smith, as well as a book on three-time Grand National winner Red Rum.

Victor is survived by wife Angela, who he married in 1957, children Heidi, Tony, Richard, James and Jonathan, and five grandchildren.