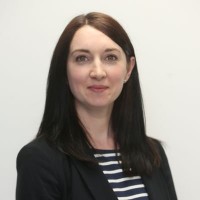 Regional daily editors have shared their frustration at having to remove Black Lives Matter-related posts from their publications’ Facebook pages.

Natalie Fahy, of the Nottingham Post, and Graeme Brown, of the Coventry Telegraph, have revealed they have taken the action due to the inability for publishers to turn off comments on their Facebook pages.

Natalie, pictured, said she had been forced to delete two posts from the Nottinghamshire Live Facebook page about a BLM protest after being “faced with 1,000+ comments, complaints and one person only to deal with all that”.

HTFP has previously reported how regional titles across the country- including Plymouth Live, the Basingstoke Gazette, Swindon Advertiser, Stoke-on-Trent daily The Sentinel and the Hull Daily Mail have been forced to act against readers posting racist and offensive comments on stories relating to the movement.

Posting on Twitter, Natalie wrote: “We’ve taken the decision this morning to delete two posts from our Nottinghamshire Live Facebook page about the Black Lives Matters protest this weekend.

“Not a decision we take lightly, because we want people to find out what’s happening in their city and have a chance to discuss it.

“But when you’re faced with 1,000+ comments, complaints and one person only to deal with all that, we have to unfortunately restrict where we are sharing our stories.

Post publisher Reach plc announced on Friday it was implementing a new commenting system for its websites.

Responding to Natalie’s point about Facebook, Graeme said: “This is a problem I recognise only too well on the same stories.

“It can be horrific going through and deleting/banning people.

“However, it also serves as a reminder why BLM has to succeed – we’d all be better without this.”