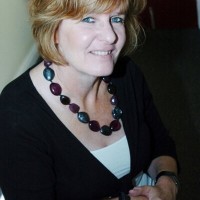 An editorial boss who has helped oversee a regional publisher’s digital transformation is leaving the business.

Kath Finlay is stepping down as head of JPIMedia’s advanced content hub in the North of England after a 43-year career in journalism and public relations.

Kath, pictured, is a former assistant editor of Sheffield daily The Star and was also deputy editor at the Doncaster Free Press.

She has held her current role since 2016 and has spent the past two years supporting the introduction of JPIMedia’s Digital Acceleration programme, which has seen the company’s journalists in the North-East of England, North Midlands, South Yorkshire and Scotland move away from the print production process and concentrate on online work.

Kath has also been responsible for managing the company’s first journalism apprenticeship scheme.

Speaking to HTFP, she said: “Journalism was all I really wanted to do and I’ve enjoyed every minute of it, from my very first front page story on the now-defunct Blaydon Courier as a district correspondent while I was still at school.

“I’ve had the privilege of working on some big stories over the years – the miners’ strike 0f 1984, the Donnygate local government corruption saga, the flooding of 2007 and more recently, the Doncaster children’s services scandal stick out, but it has often been the more mundane stories that have had an impact, just being the eyes and ears of communities who trusted their local papers.

“I’ve had some great opportunities and I’ve worked with some fantastic people along the way too.

“The way we seek out and deliver news has changed in 40 years, but what matters to people hasn’t. I know that my colleagues in JPIMedia and the wider journalist community will continue working hard to tell ordinary people’s stories, to hold power to account and to throw light into dark places.”

Kath began her career in 1977 and worked for a number of South Yorkshire titles for the next 11 years including Barnsley Chronicle, where she trained, the Doncaster Evening Post, Sheffield Morning Telegraph and The Star.

She then moved into public sector PR with South Yorkshire Police, Fire and Transport authorities before going freelance.

After a brief foray into NHS Comms management, she moved back to The Star as assistant editor in 2013.

Kath says she will now be spending more time walking and cycling, when coronavirus allows, and has some business ideas – although they are not journalism-related.