Editor who was ‘advanced beyond his years’ dies aged 64 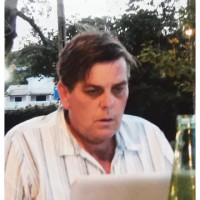 A weekly newspaper editor who was “advanced beyond his years” has died aged 64.

Tributes have been paid to Peter Davies, who served as editor of the Liverpool Weekly Newspaper Group and later become head of communications at two local authorities.

Peter, pictured, worked on the Liverpool Echo in the 1970s and 80s before taking on the weeklies around 1985.

He left around 1990 to head up communications at Liverpool City Council, later taking on the same post at the London Borough of Tower Hamlets.

More recently, Peter had set up a recruitment firm in Chester and later moved to Twickenham, where he worked as a freelance writer.

David Simms, who worked in Liverpool with Peter and later went on to become a regional managing director at Trinity Mirror, said: “A legend, a true friend and a visionary.

“Inspirational, funny and at times challenging. You will be sadly missed by all.

“Very fond memory of our time together at LWNG. An editor advanced beyond your years.”

Denise Grant added: “Remembering a good friend and mentor from my happy time at the Liverpool Star.

“Peter, you were a trailblazer not just as an editor but on product development.

“You were always developing revenue streams and joked that you were the best salesperson on our team with your own sales source.

“Peter, you were always generous with your time and shared your vast knowledge with us all.”

Peter died on 9 December and is survived by wife Stephanie, and sons Laurence and Huw.

His funeral will be held at All Souls Church, on Mather Avenue, Liverpool, at 1.15pm on 4 January.