Editor who oversaw 21 weeklies bows out after 34-year career 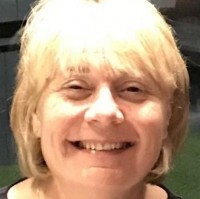 An editor who oversaw 21 weekly newspapers has retired after 34 years in journalism.

Janet Bee, pictured, has said farewell to JPIMedia, where she looked after the company’s small Scottish weekly titles.

Her current deputy Morag Kuc will now take on the titles she oversaw.

Janet’s retirement was announced in a piece in the Midlothian Advertiser, which was one of the titles she managed and the paper where she began her career in 1986.

Morag told the Advertiser: “I have worked with Janet for the past three years and in that time she has created a fantastic team.

“Her leadership skills are such that she gets the best out of her staff, always ensuring their wellbeing is top of the list, including the ‘Blether with Bee’ session every Friday where staff could chat in confidence about anything that was bothering them. Suffice to say there were rarely ever complaints.

“She has been an absolute pleasure to work with and has never been afraid of rolling up her sleeves and getting stuck in when needs must. She will be sorely missed by everyone in advanced content hub.

“On a personal note, Janet has not only been my boss for the past three years, but has become a good friend and I wish her all the very best for the future.”

Colleague John MacInnes added: “In my many years as a journalist I have worked for a lot of editors, most of whom straddled the fine line between schizophrenia and psychopathy on a daily basis, but hand on heart, Janet was a literal breath of fresh air.

“Someone you could rely on, a print journalist at heart, and that makes all the difference to this job, which is changing beyond all recognition.

“I wish her every good fortune in all that she decides to do in the future… just don’t apply for Strictly.”