‘Put away the pitchforks’ and welcome back tourists, editor tells readers

An editor has written an opinion piece urging readers to “put away the pitchforks” and welcome back visitors as lockdown is eased from next weekend.

Philip Bowern, print editor at the Western Morning News, wrote an opinion piece alongside the launch of the #WelcomeBack campaign, which seeks to encourage tourists back to the South West region from July 4th, when lockdown measures will be relaxed.

It follows on from the earlier #ComeBackLater campaign, carried across the WMN, Cornwall Live and other sister publications, when travel restrictions were initially put in place.

Philip said that the message of the earlier campaign had become “skewed at time” and created a perception of the South West as an unwelcoming destination. 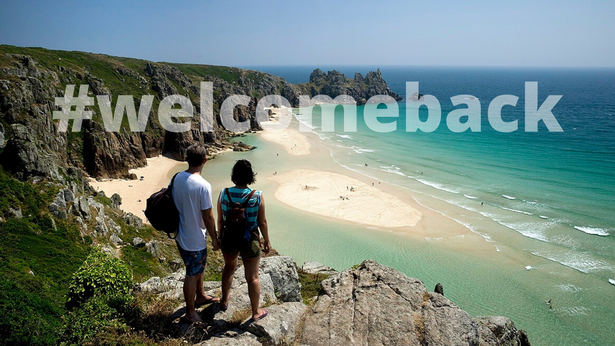 Wrote Philip: “Some of our biggest attractions are fighting for their futures. Many of our pubs, restaurants and hotels are also in an uncertain battle for survival.

“But CornwallLive, DevonLive and PlymouthLive will be doing all we can to stand shoulder to shoulder with them and to encourage visitors back to our great region. Come and see us again – but be sensible, be safe and be kind. Our message to the world is loud and clear: #WelcomeBack

“But first we have to demolish the idea that the South West of England – the most popular place for a staycation anywhere in the country – is an unwelcoming destination.

“There were good reasons for urging would-be visitors to stay away in the spring. ‘Come back later’ – the campaign launched by the Western Morning News and its sister websites and backed by the tourist trade – struck just the right note. We’d love to have you, but now is not the right time, was the message.

“Somehow – and perhaps some over-zealous locals have to bear part of the blame for this – that message got skewed at times and allowed a harder edge to creep in. Journalists love a cliche – and I say that as someone who never knowingly misses a chance to trot out a truism – so the pitchforks idea gained traction.

“The Westcountry has successfully thrown off other damaging labels in the past.  The idea that we served terrible food was – sadly – true. No longer. The days when the biggest boast a guest house could make was that it had H & C in all rooms, as if hot water was an exotic luxury, are long gone.

“At virtually every price point and across every sector, the Westcountry is now a holiday destination that can compete with anywhere in the world. That includes, by the way, offering a warm welcome to visitors when they can safely return.

“So let’s keep the pitchforks in the barn, where they belong.”