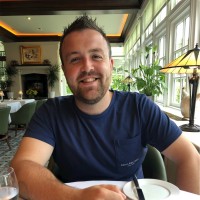 An editor has added five titles to his remit after winning a promotion.

Paul Fisher has been appointed managing editor for Ayrshire and Clyde Weekly Press by Newsquest.

Paul, pictured, announced his new role in a series of posts on Twitter.

He said: “I cannot wait for this new challenge.

“We’ve shown this year that local news is key and I hope to continue that on.

“A big thanks to everyone who has helped this year, it’s been hard going and we’re under no illusions that 2021 will be easier but the team is ready to tackle any and all challenges.”

Speaking to HTFP, Paul added: “I am excited to get started and we have big plans for 2021.”

Paul’s new titles were previously overseen by Tom McConigley, who has left Newsquest for a new role.