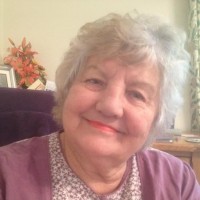 A former regional editor known as ‘Super Granny’ to her family has died aged 84.

Tributes have been paid to Allene Norris, who edited the Teesdale Mercury and also worked at titles including the Northern Echo and Teesside Gazette during her career.

Allene, pictured, started working at the Echo as a copy writer aged around 16, and went on to become editor of the Mercury and women’s editor of the Gazette.

She also spent 23 years with the BBC in the North East.

Allene even wrote a book about her time as an office junior on the Darlington-based Echo in the 1950s, entitled ‘Distant Echos’.

Her son Richard James described his mother, who died on Thursday, as a “real go-getter”.

He told the Echo: “My wife Lynda died when my triplet daughters and their older sister were very young, and mum was absolutely wonderful with them.

“I was a father and widow trying to run a house and business, so it was really great to have her – she was a great person to be around and my girls were all very close to her.”

“She used to produce a supplement called the ‘Beat’ for teenagers and would interview musicians like Jimi Hendrix and went to cover Top of The Pops to interview the stars of the day.

“She loved art, fly fishing and writing, but she was most proud of being a granny, and was always in contact with her grandchildren.”

A full memorial service for her will be held after the coronavirus pandemic has ended.