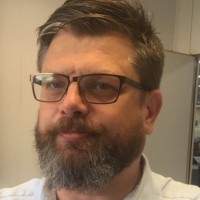 A regional publisher’s digital content director has announced his departure from the company to work on a book and other “new projects”.

Steve Anglesey is to leave Archant, where he has held the role for four years.

Steve wrote: “Bit of personal news. I am leaving Archant for new projects and to work on a book.

“This also means a break from my The New European column and podcasts. Thanks for reading and listening.”

Steve has nearly 30 years of journalistic experience, including positions as assistant sports editor at the Daily Mirror and editor of its website.

His digital career began in 1998 on the pioneering website Football365, of which he was part of the launch team.

He was also Trinity Mirror’s head of digital business development before becoming digital content director at Local World in 2014.

HTFP has approached Steve, who joined Archant in 2016, for further information on the new projects he is working on.