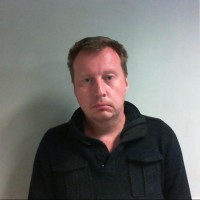 A regional daily has apologised to a man who employed women to work for his online escort agency over an inaccuracy stemming from a police press release.

The story, which contained a quote from a spokesperson for North Yorkshire Police stating “he used the threat of blackmail to avoid being brought to justice”, prompted Enticknap to complain to the Independent Press Standards Organisation.

Enticknap, pictured, claimed the Darlington-based Echo had breached Clause 1 (Accuracy) of the Editors’ Code of Practice because a claim he blackmailed one of the escorts had been dropped and he had not been found guilty of it.

In response, the Echo accepted it had published inaccurate information and said the story had been based on a press release issued by the North Yorkshire Police which incorrectly stated he had blackmailed one of the women.

The Echo was contacted by Enticknap directly, and after confirming with the North Yorkshire Police, it amended the article and added a correction and apology as a footnote.

After IPSO began an investigation into the matter, the paper also offered to write him a private letter of apology. Enticknap said this would resolve the matter to his satisfaction.