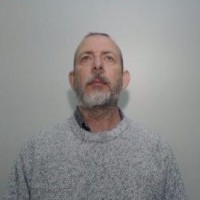 A regional daily has apologised after wrongly publishing a photograph of an innocent man alongside a story about a jailed paedophile.

The Bolton News has said sorry after mistakenly running a picture of David Aston with a court report about a pervert of the same name.

The erroneous image appeared in the 5 November edition of the News, with the subsequent apology being published on its website later the same day.

The correction appeared above an updated story about the defendant Aston, pictured.

It read: “In today’s edition of The Bolton News, a photograph of a Mr David Aston was mistakenly used in a court report to identify the defendant on a charge of downloading indecent images.

“The real defendant was a man of the same name, aged 57 from Bolton.

“We sincerely apologise for our error and we would like to make it very clear that the Mr Aston who was earlier depicted in the publication of this article had no connection whatsoever with the real defendant, whose picture now appears in this article, or the offence.”

The defendant Aston was jailed for 16 months at Bolton Crown Court after pleading guilty to possessing thousands of child abuse images.

Matthew Howarth, prosecuting, told the court Aston had adopted the username ‘Wicked Dad’ as he trawled the web for images to add to his stash.

Andrew Evans, defending, said Aston, of Rivington Place, Blackrod, had made “a tremendous error of judgement” and had lost his marriage and family life as a result.

Jailing Aston for 16 months, Recorder Jeremy Lasker, said: “This is much more serious than an ‘error of judgement’. You told officers you had no real sexual interest in children but the sight of women abusing children aroused you.

“Without people like you there would not be this filthy trade in abusing children.”