A regional daily has paid tribute to a footballing legend from its patch on its front page.

The Liverpool Echo has honoured Ray Clemence, who made 665 appearances for Liverpool FC as a goalkeeper between 1967 and 1981.

More recently he had worked in coaching roles with England before retiring in 2013. 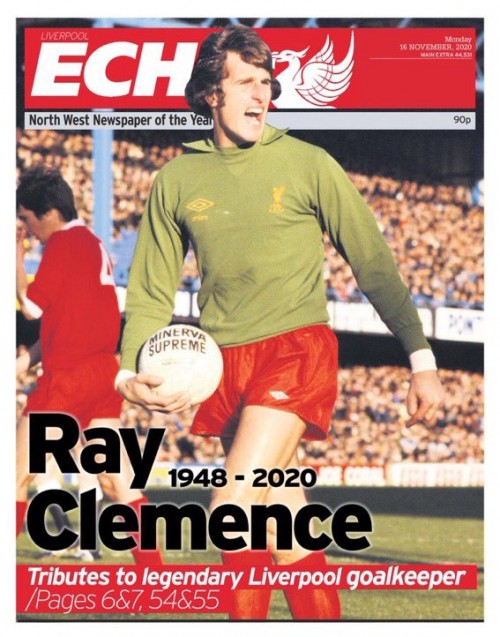 The Echo splashed on his death yesterday, pictured above, and ran five pages of tributes inside the newspaper.

Echo editor Maria Breslin told HTFP: “The Echo is deeply saddened about the death of Ray Clemence, Liverpool’s finest goalkeeper and one of the greatest players of his generation.

“We will be honouring his contribution to the game – both on Merseyside and beyond – with an eight-page picture tribute tomorrow.”