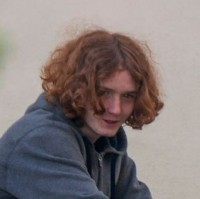 A teenage criminal whose identity was protected has been “named and shamed” by a regional daily when he continued to offend after turning 18.

The Liverpool Echo has revealed the identity of Carl Power, who first made headlines as an unnamed 16-year-old when he was involved in a 13-hour rooftop stand-off with police after a high speed police chase in a stolen car.

But the Echo has now shared Power’s name and photo after he appeared before Liverpool Crown Court on Monday for dangerous driving on a scrambler bike.

The sentence came after he was released from a young offenders institution having served half of a sentence for burglary, possessing a lock knife and possessing cannabis.

Echo court reporter Neil Docking told HTFP: “I can’t take any great credit in this instance – suffice to say good things come to those who wait.

“Section 45 orders prevent the publication of information that identifies a child or young person as being a victim, witness or defendant in court proceedings, but the crucial point is that they cease to have effect when the young person turns 18.

“Two years ago we were unable to name Carl Power, however, because he has continued to offend and is awaiting sentencing over further matters having now become an adult, we could finally reveal his identity and tell the story in full, so the public are aware of his crimes.”

He had also been accused of being part of a gang who robbed a man of a £4,000 bike at his home.

But Iain Criddle, prosecuting, told the court this charge was discontinued because the complainant was unwilling to cooperate.

Michael O’Brien, defending, told Judge Gary Woodhall: “Your honour I simply state that he’s just turned 18 years of age and for no other reason the court may be assisted by a pre-sentence report, but his record may indicate that may not be helpful here – I ask simply because of his age.

“I observe he’s pleaded guilty at the very first opportunity – those are probably the only two features of mitigation open to this defendant.”

Judge Woodhall adjourned sentencing until 30 June to obtain the CCTV and for the report to be made.