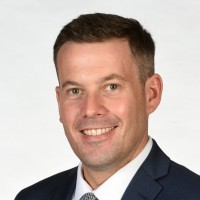 A regional daily’s editor has lamented the effect a lack of “pub gossip” due to lockdown bar closures has had on journalism.

David Clegg, who edits Dundee daily The Courier, says a lack of physical meeting with contacts has caused particular issues for political journalists during the coronavirus crisis.

David, pictured, was speaking in a debate entitled ‘Information in lockdown: The importance of a free press and the difficulties of reporting in a pandemic’, held as part of this year’s Society of Editors Virtual Conference.

He cited the example of the resignation of Scottish Conservatives leader Jackson Carlaw earlier this year, which came as a “bolt out of the blue for everyone in the journalism world”.

David told the debate: “When you look at the politics world, a lot of the best scrutiny comes from pub gossip effectively.

“If you think about the fact that people are not seeing their contacts in the same way because they physically are unable to do so, I think that leaves you lots of issues that we’re probably not thinking about.”

David, who has won Political Journalist of the Year four times at the Scottish Press Awards, also touched on the broader issue of scrutinising public bodies during the pandemic.

He added: “Judging where you were right to cut people slack because of the situation, and where you weren’t, was something that I had to take into the editorial balance.

“There were other situations where people used Covid as an excuse to deflect scrutiny when it wasn’t really a justifiable excuse.”

The debate was chaired by Newsquest Scotland editor-in-chief Donald Martin and also discussed the way print journalists had been affected by being involved in daily news conferences held by both the UK and Scottish governments.

John told the debate: “In our medium we’ve never, ever regarded ourselves as being an essential part of the story.

“We’re an essential part of getting the information but not part of the performance.  It is a significant change and not necessarily a good one.”

But Joy said: “Some of my journalists have welcomed the opportunity to ask a question, to be seen on television, to have a bit of a profile.”