Court reporter covers ‘bizarre’ sentencing of criminals in their own homes 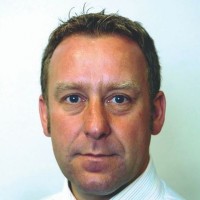 A court reporter has revealed how video technology has allowed him to cover the cases of criminals who are being sentenced in their own homes.

The Derby Telegraph’s Martin Naylor says the new system brought in to allow journalists to report on hearings during the coronavirus pandemic is allowing him to “visit” the homes of some defendants in the cases he is covering.

Martin, pictured, has explained the new way of working in a column for the Telegraph.

Courts are currently closed to the press and public, but he is able to watch proceedings from home via telecommunications application Skype.

Martin wrote: “It is the most bizarre way of working. But it is working and cases are being dealt with which is the important thing.

“A case is given a time during the day when it will be heard. Just before then I, and those involved in the case, click on a link we are sent by the listings officer at the court.

“After a little bit of computer jiggery pokery hey presto we’re all ‘in court’ together. The judge is physically in one of the rooms at Derby Crown Court dressed in his or her fineries. The defendant or defendants are largely – and we’ll come to that in a minute – on a videolink from prison where they are being held in custody.

“The barristers appear on the screen from their homes or offices. And then there’s me leering in from the table in my back room which has become my office for the past few weeks and the foreseeable future.”

Martin went on to add that one of the “most remarkable aspects” of the new system saw him cover two cases whereby the defendants themselves were both sentenced over Skype, rather than via videolink from custody.

He added: “Instead, they too clicked on the link emailed to them and heard their own cases from the comfort of their own homes.

“So while I am afforded a tiny window into the home lives of the professionals who I would normally meet each day, me in a suit and they in their wigs and gowns, via cameras on the top of our laptops, I am also visiting the flats and houses of the defendants through the same technology.

“I would like to add that I could not do this without the help from all involved at the court who have bent over backwards to help me and whose thanks I give.

“And as justice is meted out during this strange time we are living through, I find this both brilliant and utterly fascinating.”