Labour calls for court cases to be livestreamed online 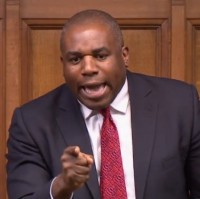 The Labour Party has called on the government to livestream court cases both during and beyond the coronavirus crisis.

Labour has urged minister to make the move, which would allow members of the public and press to watch proceedings online.

Journalists including the Derby Telegraph’s Martin Naylor have recently written of their experiences covering sentencing hearings from home due to social distancing regulations.

In the letter, Mr Lammy and Lord Falconer said: “In order to maintain open justice, it is imperative that all criminal hearings must remain open to the public.

“If it isn’t possible for the public to physically attended hearings, the government must act urgently to ensure that the public are given alternative access.

“In practice this means that, with the exception of certain family, criminal and youth cases, all courts should be streamed online. Proceedings at the Supreme Court can already be observed in this way.

“Once these reforms are in place, there can be no turning back. Streaming court cases online is a reform we should keep.”

A Ministry of Justice spokesman said: “Judges and staff deserve huge credit for keeping dozens of courts open during this pandemic, and have overseen a vast increase in video and audio hearings.

“The public can be confident that we are doing everything possible to ensure justice is still seen and heard, for instance through remote hearings.

“While jury trials were suspended to protect the public, we are working closely with the judiciary and others to resume them as soon as possible.”