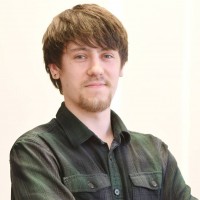 A council has refused to reveal to a regional daily which of its schools do not have sprinklers – claiming it would put them at increased risk of arson.

Derbyshire County Council has declined to give the information to the Derby Telegraph – despite three schools across the county, which did not have sprinklers, being destroyed by fire in the last four months.

The council refused a Freedom of Information request by local democracy reporter Eddie Bisknell, pictured, prompting the Telegraph and BBC Local Democracy Reporting Service to call for an internal review.

The authority’s rejection was only received three months after Eddie’s request was filed.

Simon Hobbs, Derbyshire County Council’s director of legal services, wrote in the authority’s response: “Disclosure of this information would be likely to endanger the safety of individuals as it may lead to specific schools being targeted by those who may contemplate attacks on public buildings, therefore, I consider the exemption to be engaged.

“Where sprinklers are installed in schools the primary purpose is to limit fire damage to school property when the building is empty, outside of school hours.

“During the school day fire alarm and evacuation procedures are in place in all schools to ensure pupils and staff evacuate the building quickly and safely.

“However, any person called upon to attend a fire out of school hours or who is in the immediate vicinity could be placed at risk if information regarding sprinklers is made public and subsequently used to target school buildings outside of school hours.”

Mr Hobbs said he had also considered the “public interest test” when reaching his conclusion.

He added: “There is a public interest in information relating to safety being released to promote accountability and transparency.

“However, the disclosure of the information relating to schools without sprinklers would potentially be used by individuals or groups who may target vulnerable buildings, putting individuals at risk of harm.

“I have balanced the arguments in favour of disclosing and withholding the information requested, however, the health and safety of individuals is the primary concern.

“The public interest is weighted in favour of maintaining the exemption.”

Eddie has also filed the same request to Derby City Council, which has had two of its schools recently affected by blazes.

Speaking to HTFP, Eddie said the public interest factor with regards to the information was “beyond debate”.

He added: “The current and former fire chiefs for the county and city, the National Fire Chiefs Council and the Fire Brigades Union are all calling for it to be mandatory for schools to have sprinklers. Hundreds of children are now left without a school due to the lack of a vital piece of fire prevention.

“For the council to suggest the public interest in naming the schools, after losing three to potentially avoidable destruction in four months, is not sufficient enough to disclose the information is utterly gobsmacking.

“I had filed the FoI before the two Derby schools were destroyed and after one was accidentally burned down, that fire was not arson.

“To cite arson risk now, after two further schools burned down, one of which was to date arson, appears to be an attempt at gaslighting.

“It reeks of an organisation seeking to avoid any negative publicity when all that people want is openness, transparency and for our children’s schools to be sufficiently protected.”