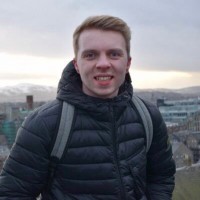 A content editor at a regional publisher has moved to a new role which will seem him work on a “digital acceleration project” involving three newsrooms.

Kris Tatum has been appointed regional audience and content editor for Newsquest Cumbria, where he will look after the publisher’s websites in the region.

The role has seen him establish a digital national newsdesk in the form of Newsquest’s UK Today channel.

Speaking to HTFP, he said: “I’m delighted to be appointed as regional audience and content editor – a brand new role in Cumbria.

“I left my role as a reporter for the News & Star and the Cumberland News in March before the start of the Covid-19 pandemic to take on an exciting new role as central digital content editor at Newsquest.

“Since then, I’ve worked tirelessly to establish a digital national newsdesk in the form of our UK Today channel at Newsquest, which has been a great success.

“I’m now looking forward to working with the Carlisle newsroom once again, as well as our teams in Kendal and Hexham – and I can’t wait to get going.”

Announcing his job move on Twitter, Kris said he would soon be working with the Carlisle, Kendal and Hexham newsrooms on the company’s “digital acceleration project” in the region.

Last year JPIMedia began implementing its own “digital acceleration” programme, which has seen journalists move away from the print production process and focus on producing digital content, although details of what Newsquest’s project in Cumbria will involve have yet to be revealed.

Toby Granville, editorial director of Newsquest, said: “Kris has done an amazing job for us as Central Digital Content Editor getting our UK Today channel off the ground with great success.

“I’m looking forward to seeing him make a similar impact on our titles in Cumbria in this brand new Regional ACE role.”