Edinburgh Live has said sorry after reporting the claim about Dalry Swim Centre, in the Scottish capital.

The title said the swimming pool was named as a “hotspot” for the activity in research by online dating comparison website Datingroo, but accepted there was “no evidence” to back up the claim.

The apology was published yesterday afternoon on Twitter and as part of an amended article which named other locations in Edinburgh as being alleged “hotspots”. 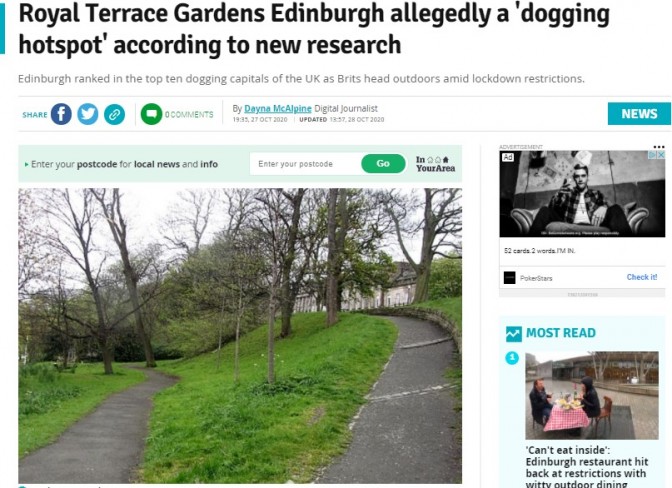 The published apology in the piece reads: “An initial version of the story also named Dalry Swim Centre, which was referenced in the research.

“The original research sent to Edinburgh Live provided no evidence to back up their claim about the Swim Centre.

Edinburgh Live declined to comment further when approached by HTFP.