Reach plc titles Yorkshire Live and Leeds Live recorded their biggest ever days on Saturday thanks to Huddersfield Town and Leeds United.

Town’s victory over West Bromwich Albion secured promotion for United, with Leeds then being confirmed as champions of the Championship, English football’s second tier, the following day. 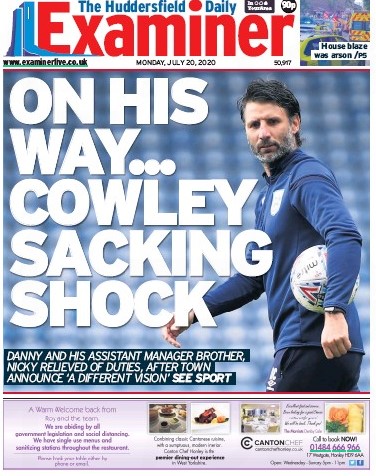 From Friday to Sunday Yorkshire Live – which includes Leeds Live and Yorkshire Live on the former Huddersfield Daily Examiner URL – recorded a total of 3,194,415 page views on desktop and mobile, as well as a further 403,550 app views.

Yorkshire Live’s head of news Wayne Ankers said: “These are unbelievable figures for a site which is still quite young.

“LeedsLive has been growing daily, weekly and monthly but it just shows that when a huge story breaks in the city we are able to absolutely own it.

“The team worked tirelessly over the three days to deliver what the audience wanted and they should all be really proud of what they achieved.

“It has been great to see the team grow over the last three years and they really came of age when the big story came along.

“It also shows that in Yorkshire Live and Leeds Live we will pull out all the stops to make sure the readers get a digital experience they deserve.

“We now look forward to welcoming Premier League football to Leeds and the boost it will bring as we grow our brands across Yorkshire.”