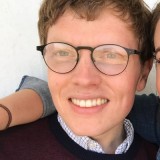 A former regional journalist now working for the BBC has urged the industry to “shut down” online story comments.

Nathan Briant, who worked for the Oxford Mail before moving to work for the BBC in the city, has urged regional titles to take the action – saying they are “more trouble than they are worth”.

In a blog post for the Oxford & District branch of the National Union of Journalists, Nathan shared his sympathy for former Mail colleagues who had to deal with inappropriate reader comments.

In September, HTFP reported how editor Samantha Harman hit out at “pathetic” commenters who abused Mail journalists on the newspaper’s website.

Nathan, pictured, wrote in his blog: “As a former Oxford Mail and Newsquest reporter, I only have sympathy for former colleagues who must trawl through pages like that over and over again.

“It is now time for the company and others like it to shut down comments and think up a more efficient, sensible way of interacting with readers. The comments are clearly more trouble than they are worth.

“Newsdesks will be shrunk down even further over the coming months. Their attention should be spent directing reporters. They should not be troubled by what some loser has decided to share – again.

“The Oxford Mail has sought to cut down on the bile from its readers. But it has been too patient and is being too optimistic about what it expects the results to be.”

Nathan went on to claim newspapers were “simply feeding the problem” by allowing comments.

He added: “I understand newspaper companies are harvesting every click they can and I understand why. These past few unfortunate weeks have magnified the press and the wider media’s problems in ways we could not have guessed even at the start of the year.

“But now is as good a time as any to make life easier for journalists who are already under enough strain and clean up their own websites.

“The Oxford Mail’s editor Samantha Harman and other companies must be given credit for standing up against vile abuse that journalists have received. That is clearly unacceptable and no one in any profession deserves it.

“But abuse on Twitter is regulated by Twitter, abuse on Facebook regulated by Facebook. Newspaper companies who would say they are serious about combatting abuse against their readers and staff need also to look at what they can control themselves.”

Samantha has thanked Nathan for pointing out the work being undertaken at the Mail to tackle the problem.

She told HTFP: “As a former member of staff he knows and has seen first hand what we are up against. In Oxford we have a no tolerance policy on abuse or hate against staff, other site users or those we feature in our stories.

“We have added a warning to the bottom of stories and have pinned a story to the top of our social media explaining the terms and conditions.

“I would like to think that in Oxford, staff would agree that we are taking measures to protect them and our readers. But monitoring comments is a huge job and takes up a lot of time and mental resilience.

“Newsquest policy is to have an open comments section and it would be a shame if the opportunity for reasoned debate was ruined by the minority who abuse the system or violate our terms and conditions.

“I have done a lot of research on our figures in Oxford and it is only a very small minority of users, but they are persistent in setting up new accounts when they’ve been banned.”