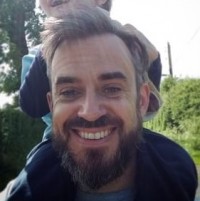 The acting editor of a regional daily has urged readers to back its new paywall after it became the latest title in its group to switch to the model.

The Hartlepool Mail has joined eight other JPIMedia in introducing a metered paywall system on its website.

Chief executive David King previously announced the scheme would be expanded off the back of a “rapid growth in digital subscriptions” across titles which operated paywalls during the coronavirus crisis.

The paywall system offers readers up to five stories a week free of charge, with unlimited access to the website available for an initial cost of £1 per month, rising to £5.99 a month after an initial three-month period.

An annual subscription is also available at a cost of £59.90 – giving 12 months’ access to the website for the cost of ten months.

In an editorial explaining the paywall, Mail acting editor Mark Thompson, pictured, called on readers to lend their financial support.

Mark, who began his career as a junior reporter at the Mail 14 years ago, wrote: “Hartlepudlians are a proud bunch and call a spade a spade. That’s why I’m going to be really frank with you. We need you.

“We need you to support us so we can keep funding great journalism in the town, whether it be covering what’s happening on the pitch at [Hartlepool United FC], in the council chambers or in the region’s crown court. We bring you the good and the bad.

“Yes, there will be a cost. But we also hope you will agree there is a value. Our new subscription service will not only keep you in the know but it will make your online experience easier. There’ll be fewer advertisements and you’ll also get our newsletters that keep you up-to-date on town life.”

“At a time when social media is awash with rumour and inaccuracy, it has never been more important to have a trusted and regulated voice like ours covering the town. To keep holding authorities to account. To keep your voice heard.

“It will be your financial support that helps us to continue to focus on what matters to you.”