A quarter would miss local paper ‘a lot’ if it went, study finds 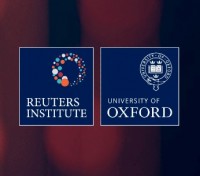 A quarter of readers in the UK would miss their local newspaper or website “a lot” if it went out of business, according to new research.

The figure has been revealed in the annual digital news report produced by the Reuters Institute for the Study of Journalism at the University of Oxford, which has been released today.

In this country, 25pc of people answered “a lot” when asked how much they would miss their local newspaper or website if it went out of business.

This compared to 54pc of Germans, 49pc of Norwegians and 39pc of Americans responding with the same answer to the question.

Just 18pc said the same in Argentina and 13pc in Taiwan, while a further 45pc of the 835 people surveyed in the UK said they would miss their local title “somewhat”.

Research conducted for the report also found that 5pc of people in the UK who said they paid for news did so for a local paper.

This compared with 30pc of American respondents and 64pc of those in Norway, where most local news publishers charge for online content.

The report reads: “The value placed on local news seems to be partly related to the importance that countries place on their regions more generally – and the extent to which local politics matters.

“In federated systems like Germany and the United States local newspapers play a critical role in providing accountability and this is reflected in these scores.

“The value that people place on their local newspaper is closely correlated with the higher subscription and donation rates that we see for local news in Norway and the United States when compared to the UK.”

The research also found local newspapers to be the fourth most trusted news brands in the UK, with only the BBC, ITV and Financial Times being rated more highly.