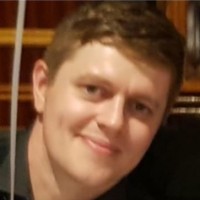 A weekly newspaper is bidding to help a holidaymaker find a “mystery woman” from its patch who he met in Benidorm.

Dave Gillan, left, contacted the Doncaster Free Press on Facebook after meeting the woman in the Spanish resort last week, and is asking for readers to help track her down.

Mr Gillan told the Free Press the woman, known only as ‘Amy’, left her phone number for him at his hotel reception – but he typed the number into his mobile incorrectly and then threw away the bit of paper with her details on it.

The pair had met in a cafe last Wednesday, but he was unable to provide any further information beyond what she was wearing and the fact she was a mother.

Anyone who can help with the appeal has been asked to contact Free Press journalist Darren Burke.

Darren told HTFP: “We got the message from Dave via Facebook and he was obviously so enamoured with this lady he’d met in Benidorm that we decided we had to try and help as best we could.

“These kind of stories are always popular with our readers – who knows, there might be a happy ending for those involved.”