The editors of two sister titles are being given new roles as part of a Google-funded project aimed at helping their publisher create a “more sustainable future”.

Alan McCabe, editor-in-chief of Aberdeen daily the Press & Journal, and Richard Prest, editor of the Sunday Post, are taking up long-term secondments with a team being set up to “manage the transformation of the business to extend subscription and reader revenues”.

The move comes after publisher DC Thomson was unveiled as one of 15 media companies across Europe chosen to take part in the Google News Initiative-funded Table Stakes Europe project.

The project is designed to help local and regional newspaper companies and is aimed at supporting business transition “to improve audience and digital capabilities”. 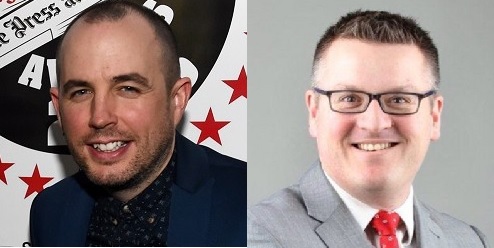 The ‘Table Stakes’ project is based on seven core objectives, which include “funnel occasional users to habitual and paying/valuable loyalists” and “diversify and grow the ways you earn revenue from the audiences you build”.

Richard Neville, head of newspapers at DC Thomson, will oversee the new project at the company, and it is expected the secondments will last between 12 and 24 months.

He said: “Table Stakes will give us a real kick-start to the process of creating a more sustainable future for our brands based on the strength and quality of our journalism, and on serving the audience with the content and service they want and expect from their local news brands.

“The fact that we are appointing two of our most senior editors to the project shows how seriously we are taking the challenge of mapping out a long-term future for our brands and newsrooms.

“We are determined to invest our time and money in getting this right, hence the formation of a full-time team. I expect the team to grow in due course as we spend the next year or two shaping the future of our business for decades to come.”

Post deputy editor Jim Wilson will take over Richard’s role from 28 October, while the search has begun for a new P&J editor.

Richard Neville added: “The Sunday Post has developed a great reputation for regularly leading the field by breaking some of the biggest stories in Scotland and Jim has been at the heart of that process. He is ideally placed to build on the work Richard has started.

“The opportunity to edit the Press & Journal is one not to be missed. It is the United Kingdom’s biggest selling regional newspaper. It consistently wins awards and maintains an envious record on sales and commercial performance. Only the best and most ambitious senior journalists need apply.”