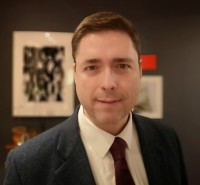 An editor currently working in Finland has been poached to head up a regional publisher’s team of political reporters.

DC Thomson Media has announced the appointment of David Mac Dougall amid a restructure which will see a group-wide politics team work across the company’s four daily newspapers.

DC Thomson says the move is part of its Apollo transformation programme, which will see the company switch to a newsroom “built around specialist teams serving specific audiences”.

David is currently executive editor of News Now in Finland and has previously worked internationally for organisations including the BBC, The Guardian, Forbes, Bloomberg Businessweek, USA Today, Daily Mail, Vice, and the Huffington Post.

David, pictured, said: “I’m very much looking forward to returning to Scotland to work with DC Thomson Media and the politics team, at a fascinating time both for Scottish politics and as the business embarks on innovative new ways of bringing journalism to readers and viewers.

“After many years as a foreign correspondent covering campaigning and elections in other countries, it’s exciting to embark on telling those stories now from a different perspective that is at the same time very new but very familiar.

“And as a Fifer, I have to say it’s good to be coming home.”

Richard Neville, DC Thomson’s head of news brands, added: “I’m delighted David is joining us at what is an extremely exciting time for the business.

“As politics lead David will play a crucial role in leading a team of talented political reporters.

“Politics has never mattered more and I’m thrilled that David is going to lead our politics reporting, delivering quality content to our audiences.”

A number of internal appointments have also been confirmed by DC Thomson recently including Richard Prest being appointed head of content development, Alan McCabe becoming head of product development and Ross Logan, deputy editor of the Dundee Evening Telegraph, taking up the role of head of print in Dundee.