Television stars helped a regional daily mark the 25th anniversary of the newspaper’s Comedian of the Year contest.

Comedians including Romesh Ranganathan, Josh Widdicombe, Seann Walsh performed at a special gala event held to mark a quarter-century of the Leicester Mercury Comedian of the Year prize, which has been run as part of the Leicester Comedy Festival since 1994.

They were among 12 comics on the bill at the gala to celebrate the history of the contest, which they had all either won or participated in during previous years.

Tuesday’s sold out show at Leicester’s 1,500 capacity De Montfort Hall raised money for Big Difference Company, the city-based not-for-profit company which has been running the festival since the same year.

It opened with a three-minute video recapping the Mercury’s involvement over the years with images of other former winners, including Johnny Vegas, Jason Manford, Rhod Gilbert and Miles Jupp. 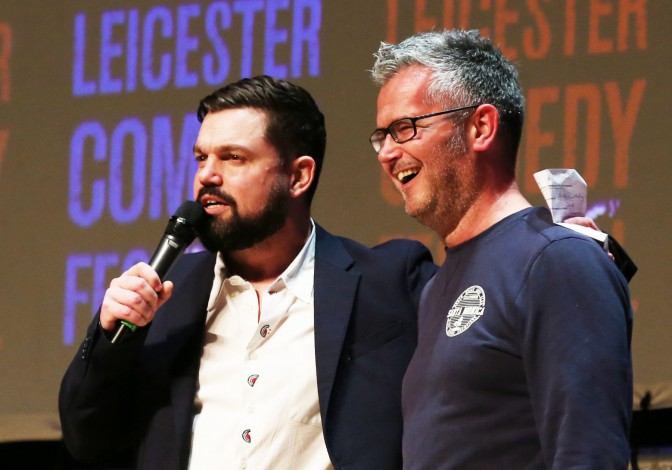 George Oliver, editor of the Leicester Mercury and its Leicestershire Live sister website, said: “As soon as Geoff Rowe described the idea of a 25th anniversary gala show to me I knew that we had to get involved.

“Leicester Comedy Festival is an absolute asset to the county in both economic and cultural terms and this show is a jewel in its crown.

“The Mercury’s decision to support this competition at its inception has been an investment in the city and in comedy which has paid off again and again.

“You only had to look at the acts who gave up their time to come and support the event to see what it means as a launchpad for people who go on to great things.”

Mr Rowe added: “We’re thrilled to have produced this show with additional support from Leicester Mercury and Leicestershire Live.

“We have worked with Leicester Mercury since Leicester Comedy Festival began in 1994 and we’re thrilled that the partnership is one of the longest ones we’ve had over the years.

“It’s really important that we work closely with our partners to produce the annual event and the team at the Mercury, and Leicestershire Live, really understand what we try and achieve and the impact the festival has on the city and county.”