Tributes paid to journalist who went on to become PR chief 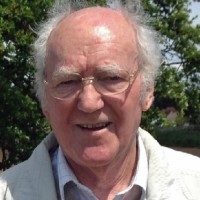 A regional journalist who went on to become a public relations chief has died.

Tributes have been paid to Paddy Welsh, pictured, who served the Chichester Observer for 20 years.

Paddy went on to become West Sussex County Council’s first PR officer and also served as head of PR at Southern Water from 1983 until his retirement.

He was a regular contributor of walks for the local newspapers including Brighton daily The Argus.

Paddy was born in Belfast in 1930 and grew up in the nearby town of Carrickfergus.

He left Ireland at the age of 19 “with his heart set on becoming a journalist”, according to an obituary in the Observer, for a trial with the West Sussex and the Hants and Sussex News.

After learning his trade at the News, in Petersfield, he took on a job as sports reporter of the Observer and met his future wife Ann for the first time in 1950 while reporting from Goodwood race track where her local journalist father had provided her with entry to the press area.

They married in 1952 and had four children – John, Nick, Patrick and Jo.

He had lived with Alzheimer’s for the past five years.

As well as his wife and children, Paddy is survived by eight grandchildren and one great-grandson who he met for the first time and was able to hold earlier in the summer.

A memorial service will be held for Paddy at Christ Church, in Chichester, on Wednesday 4 December at 2.15 pm.