A journalism student who landed paid work after reporting on terror attacks during a work experience placement has taken on a full-time BBC role.

Kaylee Poloczek, who studies at the University of Northampton, undertook an initial placement at BBC Radio Northampton in 2017, which coincided with a number of terror atrocities being carried out on UK soil.

After three days on the unpaid placement, she was asked for her bank details to allow her to be paid by the corporation.

Now she will graduate in the summer and freelance for the BBC on a full-time basis. 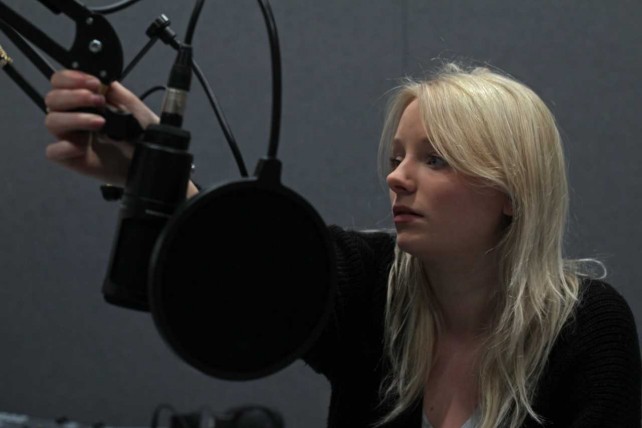 Kaylee, pictured, said: “My first week in the BBC newsroom coincided with the first of a string of terror attacks in the UK. After three days the team asked for my bank details, to pay me, and I’ve been freelancing ever since.

“In my first summer I was on shift in the studio as a broadcast assistant, and was present for every major news event and terror attack and will never forget the day of the Manchester Arena bombing.

“Since then I’ve worked in a range of roles, including producing the summer Saturday afternoon show, working with a presenter and a reporter. I’d choose what would go into the show and which events to send the reporter to cover.

“That show was so successful I was given the job again the following summer, and also did some reporting.”

Since working at the BBC Kaylee has moved around in a variety of roles, created packages and produced various shows, including weekend breakfast, the evening show and weekend afternoons.

She has also written sport and news bulletins and produced bulletin clips.

UoN multimedia journalism course leader Hilary Scott said: “We’re massively proud of what Kaylee has done while studying with us.

“She told us within a week that she wanted to be a radio journalist and her confidence and personality, along with the help of our tutors who are all journalists, have seen that ambition pay off.

“Our Multimedia Journalism degree at the University of Northampton gives real-world experience along with the correct training and academic study to give our graduates the skills they need to get those great jobs when they leave.”