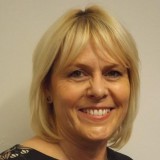 An awards scheme celebrating the work of student journalists is set to be revived after a two-year-hiatus.

The Birmingham Press Club has announced it is bringing back the Midlands Media Student Awards, which were last held in 2016.

Entries are now being welcomed ahead of a 7 March deadline for submissions.

Birmingham Press Club chairman Llewela Bailey, pictured, said: “The region has a wealth of emerging talent that, I am sure, will guarantee the Midlands continuing to be a hotspot for the development of those working in the media industry.

“So it is with great pleasure that we are able to recognise such talent by bringing back the media students awards, at the same time acknowledging the support of the region’s universities and colleges, whose range of journalism courses are shaping the skills of those who will be at the forefront of their industry in the future.”

The awards ceremony will be held on 10 April at Mama Roux’s, Digbeth, Birmingham. More information can be found here.