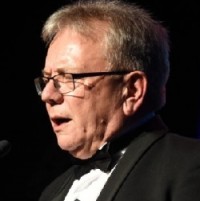 A sports editor for whom nothing was “too small or insignificant” to be printed has retired after 42 years with the same newspaper.

Bob French, left, has said farewell to the Peterborough Telegraph after serving in the post since the early 1980s.

Bob began his career on the weekly Peterborough Standard in September 1974 as a news reporter on £12 a week, before joining the then-Evening Telegraph as a sports reporter in February 1977.

A tribute piece to Bob in the Telegraph states his mantra as sports editor was nothing is too small or insignificant to be included in his pages, adding he would say “If people care to tell us about it, we should care to print it” when asking those on work experience to type out pigeon racing results or cribbage tables.

Reflecting on his career, Bob told the paper: “On reflection, Peterborough sport has been my life since I began competing at primary school over 50 years ago. To get to write about something I loved doing and later watching was perfect.

“I loved every minute of it and met some fantastic people, many of whom became great friends.

“I shall certainly miss the day-to-day involvement of it all, but will no doubt still be getting out and about to watch a bit of rugby.

“I am by no means clapped out, but the industry is heading in the wrong direction for my liking. I am a newspaper man, always have been and always will be.”

Telegraph editor Mark Edwards said: “Bob’s not only reported on the local sports scene for decades, he cares very deeply about it. He is a top professional and his enthusiasm is as great as it’s ever been.

“He is the leading figure in our sports awards – his pre-presentaton speeches are legendary – and a familiar face ringside, on touchlines, tracks and in stands across the region. Bob has been a passionate champion of sport at all levels.

“To me he has been a brilliant colleague, regular adviser and completely reliable in whatever circumstances this great and varied profession has thrown at us.

“Bob may be retiring and taking a deserved break – but I know he won’t be taking a break from watching sport and I hope his byline will still grace our pages occasionally in the years to come.”

David Rowell, who edited the Telegraph in the late 1980s and early 1990s, described Bob as “the engine room of sports reporting in Peterborough.”

He said: “I can’t imagine how many hundreds of headlines he has written or countless words he has sub edited in that time.

“He was always a great one for puns – and I still recall one of his headlines during my time. Over a story about a guy called Parrot who had won motor sport honours. His headline read: ‘As slick as a parrot.'”

Former editor-in-chief Alex Gordon added: “Bob was a great transfer from our rival paper at the time. He had the knowledge of the sporting scene across the city, he knew everyone who mattered and he had everyone’s respect.

“Bob was never afraid of hard work and could be found in the office at all hours diligently producing first class sports pages for the paper right to the day he left. He will be missed.”