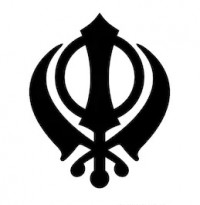 A Sikh charity has called on journalists to stop using the term “Asian” in their coverage of sexual grooming gang cases.

The Network of Sikh Organisations has made the plea in new media guidelines published following a meeting with the Independent Press Standards Organisation.

The charity has highlighted the cases of grooming gangs in Rochdale, Rotherham, Oxford and Telford as instances where they believe the term “Asian” should not have been used.

In said cases those convicted had been of largely, although not exclusively, Pakistani Muslim origin.

The NSO guidance states: “British Sikh and Hindu groups have consistently objected to the use of the word ‘Asian’ to describe those convicted in sexual grooming gang cases like in Rochdale, Rotherham, Oxford and Telford.”

In a guest blog for IPSO, NSO deputy director Hardeep Singh added: “This guide came about following a meeting with IPSO’s director of operations Charlotte Dewar and head of standards Charlotte Urwin in July 2017, forming part of their broader engagement with faith communities.

“At the time, we discussed some of the themes now explored in the guide including the ongoing challenge journalists have in sourcing appropriate comment from so-called ‘community leaders’, the use of the vague and expansive term ‘Asian’, and the consequences of ‘Islamophobia’ on other groups like Sikhs, who often find themselves marginalised in press coverage.

“Since 9/11 there have been challenges to Sikh identity, which has often been misunderstood. At times it has been conflated with the appearance of Islamists like Osama bin Laden and also with grooming gang criminal cases like Rochdale and Rotherham.

“It is in the context of these issues that we decided to produce this guide, to give journalists who may not be familiar with Sikhism an insight into the history of the religion, along with a summary of some of the current issues and controversies faced by the community.”

The guidance can be found in full here.