Reporter who returned to old paper as photographer dies aged 80 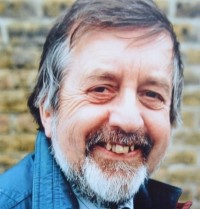 A former reporter who later returned to his former newspaper as a photographer has died aged 80.

Tributes have been paid to John Wilson, left, who worked for papers in Kent including the East Kent Times, Canterbury-based title Adscene and the Isle of Thanet Gazette.

John began his career at the Times, initially working as a cub reporter, before moving to San Francisco with a friend.

When a vacancy came up at the East Kent Times John returned, as a photographer, working his way up to chief photographer before the paper closed down in January 1981.

He went on to work at Adscene in Canterbury until 1999 and then took a part-time role at the Isle of Thanet Gazette in advertising until retiring in 2004.

John met his wife-to-be Annette while he was at the East Kent Times and the couple married in 1976, with their son Simon being born in 1986.

Annette said: “John was a kind and gentle man. He loved being a photographer, preferring black and white rather than colour and film, not digital. He was a home-loving man, a kind man impossible to dislike, who was happy to go in life wherever he was taken.”

According to an obituary published by Isle of Thanet News editor Kathy Bailes, John suffered ill health through his life due to whooping cough as a baby which damaged a lung.

“In retirement John enjoyed Dad’s Army on the TV and doing crosswords and took much pleasure from watching the birds feeding in his back garden. He befriended a pigeon, naming it Rusty, and a seagull he named Brenda.”