Regional photographer who was one of first ‘paparazzi’ dies aged 86 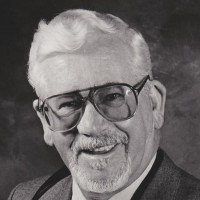 A photographer who worked for a regional daily and went to become one of the first members of the so-called “paparazzi” has died aged 86.

Tributes have been paid to Hugh Gibson, left, who worked for titles including the Paisley Daily Express during his career.

Hugh, who died lasr month, began his career as a copy boy with the Scottish Daily Express during the Second World War, but later moved to London.

While working for Reuters in the capital he covered the 1961 Profumo affair and took many pictures of model Christine Keeler, who was at the centre of the political scandal after having an affair with government minister John Profumo.

In an obituary for The Herald, Norman McDonald wrote: “It was there that Hugh made a name for himself, being hired as a freelance photographer with various agencies.

“Although he hated the description, Hugh was one of the first of a breed of photographers now known as the paparazzi.

“Working for the Mayfair Press Agency, he would wait outside theatres and nightclubs for celebrities to emerge, his shutter-finger poised. He always described himself as a ‘society photographer.'”

After returning to Paisley with his wife Terri prior to the birth of their son Mark, who himself spent 20 years as a photographer with Glasgow-based dailies The Herald and Evening Times.

Norman added: “With his trademark white goatee beard, ever-present cigarillo hanging from his mouth and a camera round his neck, he became known to thousands of people.

“For decades as a freelance photographer, Hugh captured the life and times in Paisley and surrounding areas through his camera lens for numerous newspapers including the Paisley Daily Express.

“In his time, Hugh, who lived most of his adult life in Lochwinnoch, Renfrewshire, photographed celebrities, rock stars, royalty and ordinary people with the same aplomb.”