A regional Sunday newspaper has celebrated 100 years in print with a special edition.

It also celebrated 100 of the North-East of England’s greatest sporting heroes to mark the occasion.

A piece by Jonathan Walker, political editor of the Sun and its sister dailies The Chronicle and The Journal, looked back on 100 years of political heroes and villains covered by the paper.

The Sunday Sun, now a sister title to Newcastle-based dailies The Chronicle and The Journal, was first published on 31 August 1919. 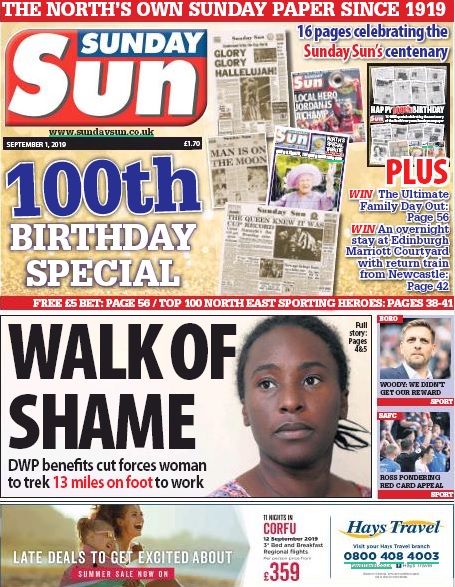