A regional news website is aiming to rid its patch of single-use plastics following a campaign relaunch.

The site has now relaunched the campaign for 2019, with the aim of ridding Cornwall of all single-use plastics.

The campaign is being run in association with environmental pressure group Surfers Against Sewage. 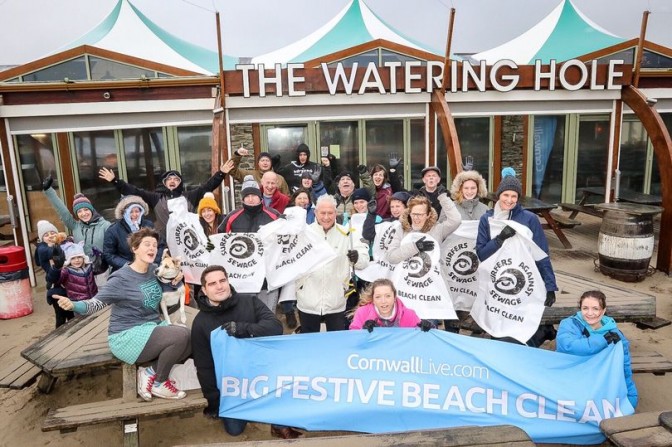 Cornwall Live editor Philippa Jenkins, centre, with some of the campaign’s supporters

Cornwall Live editor Philippa Jenkins said: “I’m delighted to be relaunching this campaign as it is one of the single most important issues facing us in 2019.

“Here in Cornwall we can never easily forget the beauty of our planet living in such a beautiful part of the world. With the sea literally surrounding us we have a constant reminder of how much is at stake if we don’t reverse the rate of climate change.

“Reducing the amount of single-use plastics is a crucial part of this fight. By improving the level of waste going to landfill and also saving our oceans and the wildlife in it from being swamped, as it currently is, we will be helping to preserve this environment for future generations. Something which at the moment is sadly in question.

“Cornwall is already leading the way in this fight and Cornwall Live is determined to help by creating more awareness and channel further change by the end of this year.”