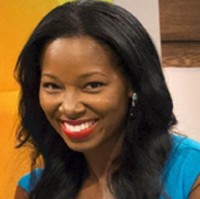 A regional daily was justified in mentioning a pop star in a story about her stepbrother’s murder conviction, the press watchdog has ruled.

The Independent Press Standards Organisation has rejected a complaint by Jamelia, left, against the Southern Daily Echo over the article which appeared on its website.

The Southampton-based daily reported that the man, referred to as her stepbrother, had been convicted in a story headlined ‘Pop singer’s stepbrother convicted of Birmingham gun murder’.

Jamelia, who scored a number of top 10 hits in the early 2000s, told IPSO she was estranged from the convicted man, and had no ongoing connection to him, but the watchdog found in the Echo’s favour because she had been mentioned in the defendant’s application for a reporting restriction to be placed on proceedings.

Complaining to IPSO under Clause 9 (Reporting of Crime) of the Editors’ Code of Practice, Jamelia said that reporting this familial connection, which she said had not been reported accurately, had had a significantly damaging effect on her wellbeing and livelihood.

She added that although she had discussed her family previously, she had never mentioned the man who had now been convicted.

Jamelia noted that there was historic coverage in the public domain which linked her to this individual, but said that she had not consented to this, and believed these articles were also unjustified.

However denying a breach of Code, the Echo said the defendant had made an application at the beginning of his trial to use an alias due of the large number of media reports about him “because he was a close relation of Jamelia”.

After the defendant’s conviction, this restriction was lifted and the press were able to report the fact that the use of a pseudonym was granted in this case, and the reasons why.

The Echo said that there was a strong public interest in reporting on the fact that this reporting restriction had been granted, and the reasons why, he was only the second defendant in England and Wales ever to stand trial under a pseudonym.

IPSO acknowledged Jamelia’s position that she was estranged from the defendant in this case, and recognised that she had been distressed by the publication of the articles, but found she had been named specifically in the defendant’s application for a reporting restriction.

Where Jamelia had been identified during legal proceedings, it found she was genuinely relevant to the story.