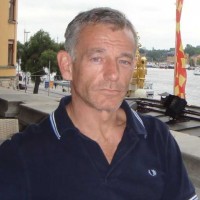 A regional daily’s deputy print editor described as an “unsung hero” of the newsroom has died aged 53 after a long battle with cancer.

Tributes have been paid to Ian Davies, left, who worked for the Coventry Telegraph for almost 20 years.

During his time on the Telegraph, Ian worked on its sportsdesk and also served as a sub-editor and as the newspaper’s night editor at different times. Before joining the paper he had previously worked for the Hinckley Times.

Ian, known as ‘Dag’ in the newsroom, had been in and out at work recently due to his illness before he died on Friday 21 June.

In a tribute piece, former colleague Alan Poole said: “His craftsmanship was informed by a full range of political, cultural and societal insight, all supplemented by a prodigious general knowledge, a wonderfully dry wit and a healthy streak of cynicism.

“We have to add stoicism to that list because Ian took cancer in his stride with far more composure than most of us could manage. If you’ve got to that stage of your life where precaution dictates invasive examinations you know how embarrassing, painful, and sheer bloody scary that can be, but although Ian had to endure so much more he always downplayed the problems.

“When he disappeared for weeks for operations or recuperation he reported back for duty as if nothing remotely significant had occurred. Even when the more squeamish among us felt duty bound to inquire about his health he spared us the specifics – not in melodramatic ‘I don’t want to talk about it’ terms but with a ‘what can you do about it’ shrug.

“He remained brilliant company at work or play and when, in later years, he was based in a regional production hub in Birmingham, he always brightened the office atmosphere when he turned up for a shift at Canal Basin.”

Added Alan: “Truth be told, the death of Ian Davies won’t have registered with too many Coventry Telegraph readers who weren’t lucky enough to be counted in his circle of friends and acquaintances. Although he was an integral member of staff for nearly 20 years, his byline or picture rarely featured in our print or online editions.

“He was an excellent writer who’ll perhaps be remembered for his weekly golf column or all-too-brief chapter of top-level sports reporting when he became a regular at Twickenham showpieces. But he was primarily a backroom operator, a sub-editor charged with collating and correcting stories, concocting headlines and designing pages.

“None of those skills are anything like as straightforward as they might appear to the uninitiated and Ian’s service coincided with a period of unprecedented upheaval, the focus of local journalism recalibrated with disconcerting speed as new technologies emerged, old audiences evaporated.

“Financially, too, those were (still are) traumatic times with, as in so many other businesses, tightening profit margins accelerating annual rounds of rationalisation. In the prevailing way-of-the-world circumstances gaffers place a premium on multi-tasking grafters who can be relied upon to remain composed and productive under the most intense pressure – but flair is an invaluable bonus and Ian was not only the calmest journalist I ever knew he was one of the most accomplished.”

“[Ian] was one of the life’s true unsung heroes – a proper old school professional who adapted seamlessly to the industry’s new challenges and did more than most to maintain the standards that established the Telegraph as one of the country’s most respected newspapers.

“His artistry went largely unnoticed and underappreciated but anyone who worked alongside him will remember him as a cracking journalist, a loyal colleague and, first and foremost, a lovely lad. I count myself as hugely privileged to have been his teammate on the Telegraph sports desk; if you didn’t have the honour of knowing him, take my word for it that you’d have liked him, too.”

He said: “I had the pleasure of working with Ian for ten years. He was an excellent journalist with a tremendous eye for detail, razor-sharp news sense and an endless supply of great headlines.

“More than that, he was a wonderful person who always carried a smile, even through the tough times that he endured in the last few years. He was an inspiration in more ways than one and will be missed by everyone who knew him.”

Ian’s funeral will be held on Monday, July 29, at 11am, at South Leicestershire Crematorium, Countesthorpe, followed by a wake at the The Weavers Arms, Derby Road, Hinckley, LE10 1QE. His family have requested no flowers but instead donations to a cancer care charity which is yet to be decided.