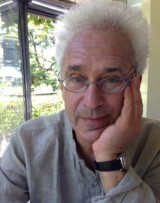 The press watchdog has begun recruiting for a new chairperson as the inaugural holder of the post prepares to step down.

Sir Alan Moses, left, is set to leave his role with the Independent Press Standards Organisation at the end of 2019.

Sir Alan, a former judge in the Court of Appeal, has served as chairman of IPSO since the body’s foundation in 2014, and began a second term of office in 2017.

The organisation is now officially looking for his successor.

In a piece announcing the launch of the recruitment process on its website, IPSO said: “We seek an independent chair with strong leadership skills, capable of ensuring that the IPSO board is an effective and cohesive body that both oversees and leads a key national organisation operating in a high profile industry.

“They will have experience of working at the highest level of public or commercial life, and be capable of understanding the scale and dynamics of a sometimes controversial industry.

“They will be able successfully to engage with the highest levels of government on a nonpartisan basis and command respect from a wide range of senior stakeholders.

“They will provide strategic insight and support to a high-functioning management team while being a committed, courageous and effective ambassador. They will be of unimpeachable reputation, wholeheartedly committed to the continued self-regulation of a free and fair press.”