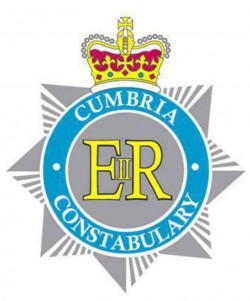 Police say they are investigating the alleged stalking of a regional daily journalist who went public about the abuse she has faced online.

Yesterday we reported how Amy Fenton, chief reporter at Barrow-in-Furness-based daily The Mail, had spoken out about “vile and vociferous” comments she had received on social media, claiming police had told her she should expect it as she was a “public figure.”

However the police have now confirmed that they are investigating a report of stalking in response to a complaint from Amy.

The force told HTFP that a man has been arrested, interviewed and released on bail while investigations continue.

Officers previously investigated a report of harassment in March. Inquiries were carried out but no further action was taken in relation to this report.

Police also investigated a report of harassment in 2017. No further action was taken.

A force spokesman added: “When allegations of online abuse or any form of harassment or stalking are reported to the police, we take these seriously as we know the impact it can have on any victim.

“Each report is assessed and recorded as a crime and investigated by an officer.”

Amy decided to speak out after HTFP reported recently how Coventry Telegraph editor Keith Perry had warned that “truly appalling” online abuse of journalists is now becoming the “new normal”.

So far in 2019 HTFP has covered a number of cases of regional journalists opening up about abuse they have received online – including Wales Online’s Estel Farell-Roig, Sussex Newspapers crime editor Michael Drummond and Oxford Mail news editor Rebecca Hudson.